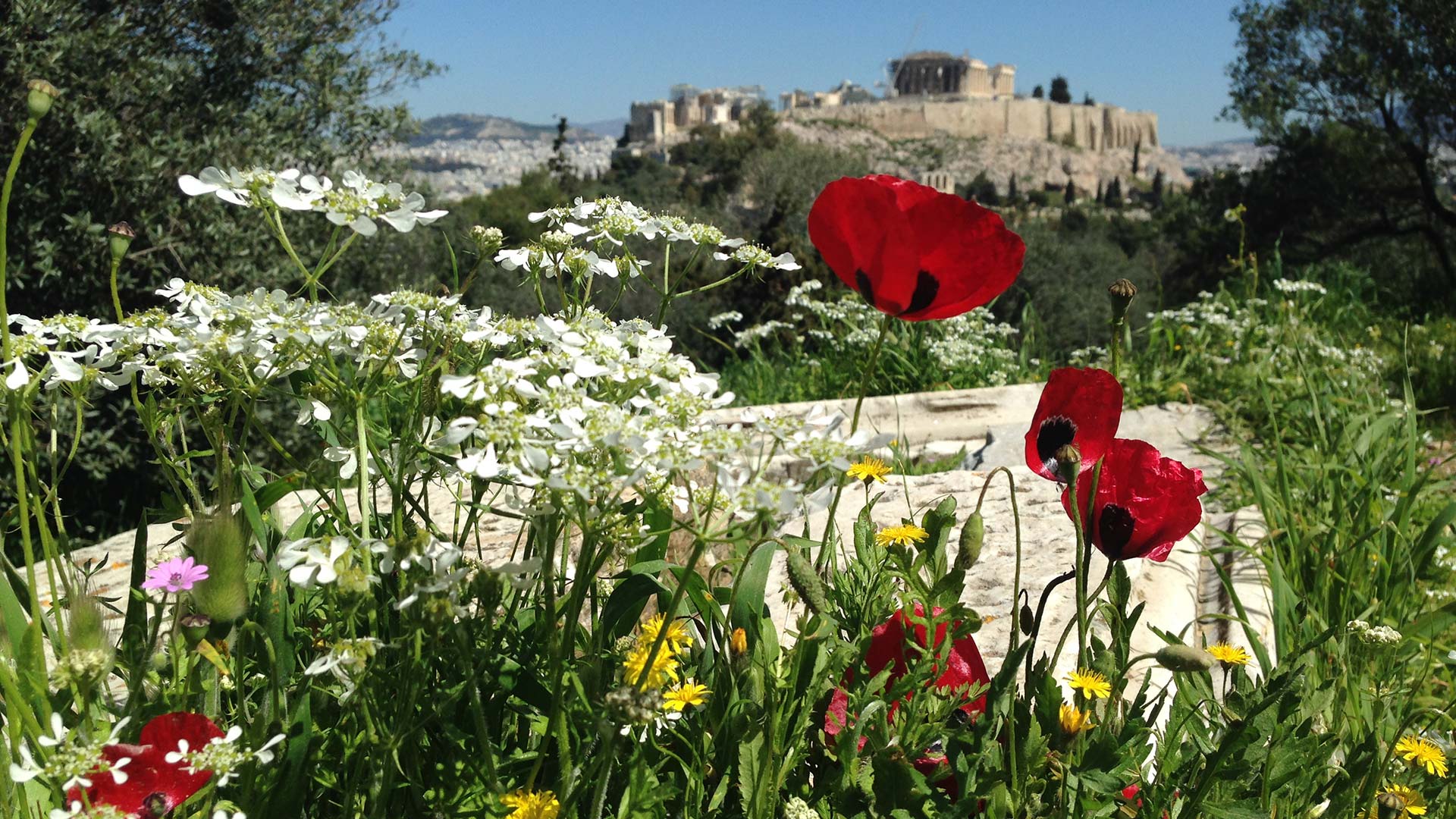 Escape the well-trodden tourist track and discover a quieter side of Athens. Our Hidden Athens Tour is a leisure walking tour of approximately 3.5 to 4 hours.With our guide, you will explore the tucked-away areas around the slopes of the Acropolis and uncover their ancient and recent past. You will have the chance to stroll around the cobbled Plaka, Athens’ Old Town, and delve into Anafiotika, where the sugar-cube houses mirror a whitewashed Cyclades village. You will also discover the ancient sites of Mars Hill and Philopappou Hill. In addition, you will enjoy a delicious Greek picnic with a glass of wine, as you will gaze over Athens sprawled below.Hidden Athens tour reviews click here

You may schedule your Hidden Athens Tour during the morning or the afternoon.
You will meet your guide near Athens’ Benaki Museum (Koumpari street 1 and Vassilis Sofias), and begin your Secret Athens walking tour.

Keeping a relaxed pace throughout the distance, you will first head to Plaka, Athens’ Old Town. Spreading around the slopes of the Acropolis, this charming district is known for the neoclassical townhouses, Byzantine churches, bustling tavernas, and independent shops crowded along its cobblestoned lanes.

Making your way through the streets, you will reach Anafiotika. Anafiotica is a photogenic district of whitewashed houses and stepped lanes, on the north side of the Acropolis. You will wander around the small passageways in this neighborhood of blue-painted shutters and vivid bougainvilleas. Moreover, you will and find out how the 19th-century sugar-cube houses were built by the masons from the island of Anafi. The stoneworkers who had been brought to Athens in order to build a royal palace, designed their houses in the Cycladic style of their beloved home.

However, this is not all the tour has to offer; There are hidden gems in the heart of Athens yet to be discovered! In addition, you will head to Mars Hill, also called the Rock of Ares (Areopagus). Gaze up at the Acropolis from this marble rock as you discover how it was the site of both ancient Athens’ high court and a famous sermon by St Paul in 52 AD. Coming up next is Philopappou Hill and the rock chambers where the philosopher Socrates is believed to have been imprisoned in 399 BC. Drink in the stunning views over Athens from the hilltop, and then revel in the setting as you enjoy a picnic of delicious Greek specialties with a glass of white wine.

After the relaxing picnic, you will walk down the beautiful UNESCO-listed pathways. Along the way, you will pass the Philopappos Monument, the tomb of the admired Roman senator Philopappos, and finish your tour at the start point.

One glass of white wine 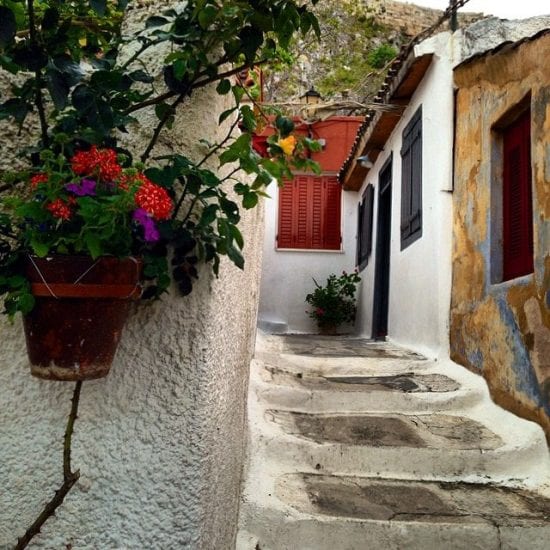 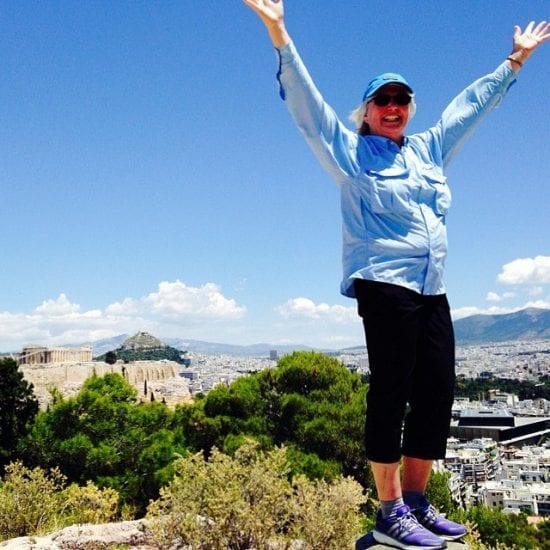 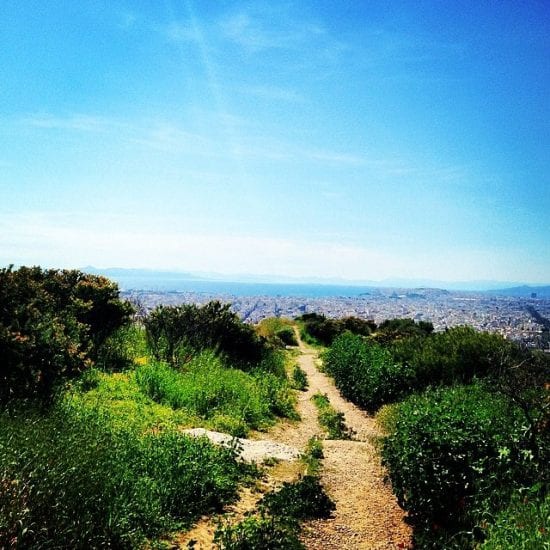 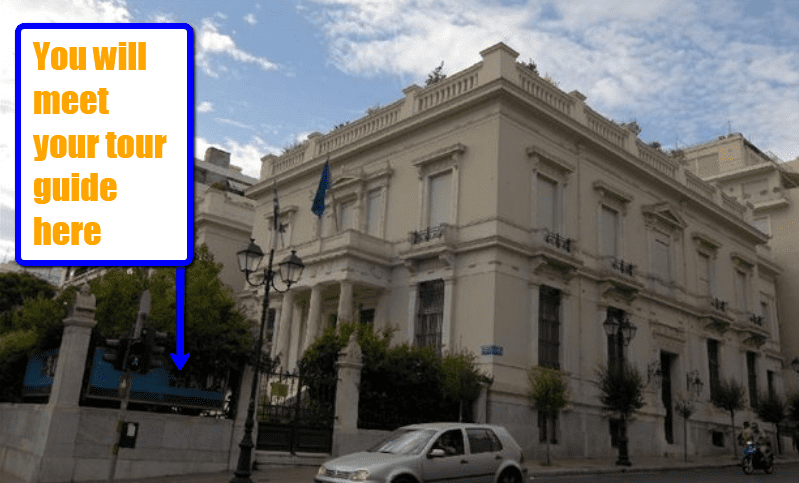 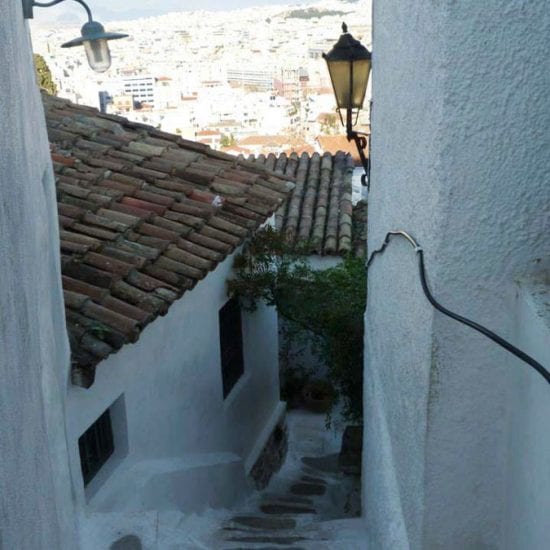 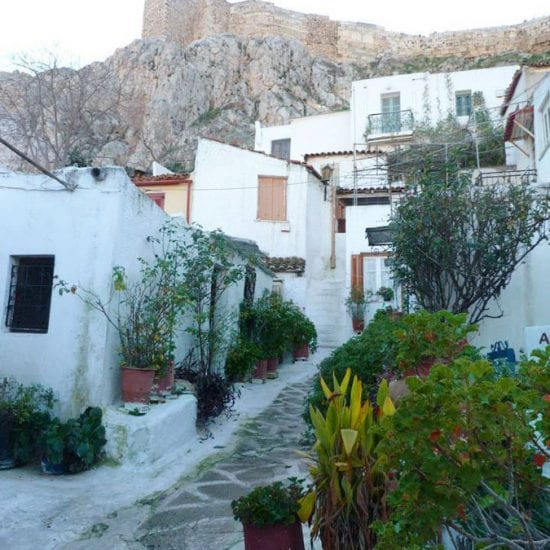 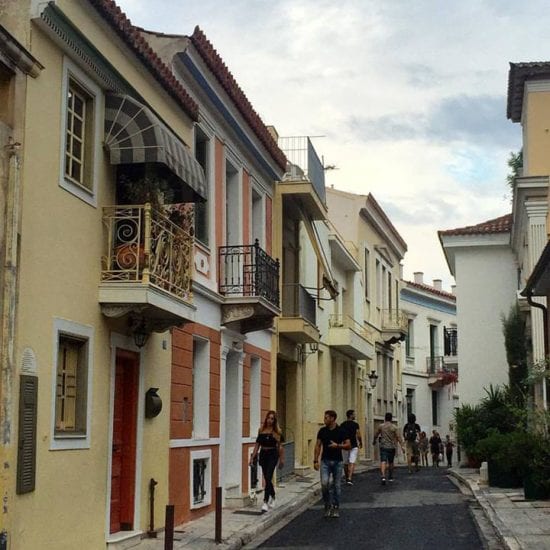 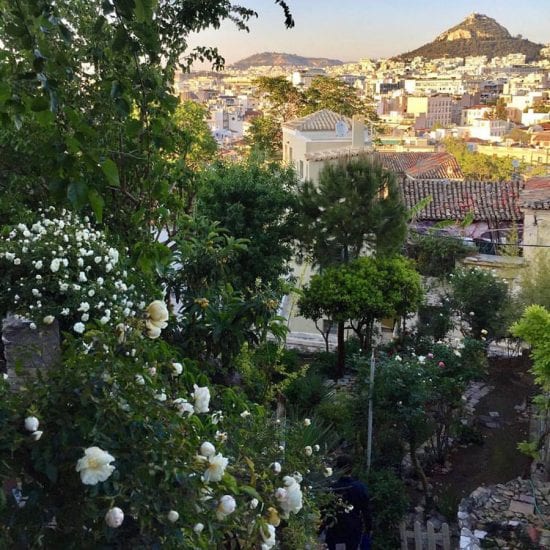 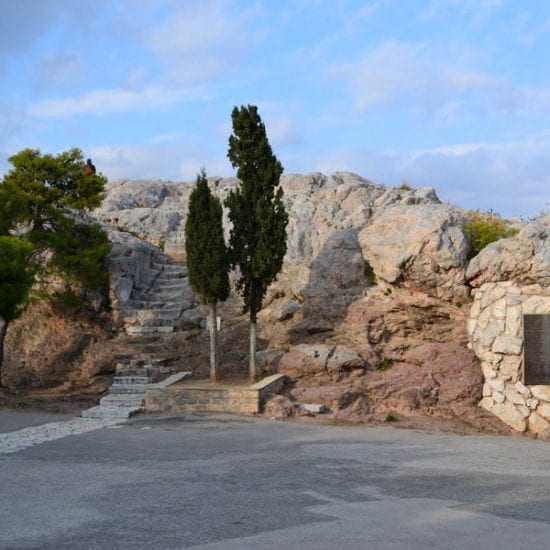 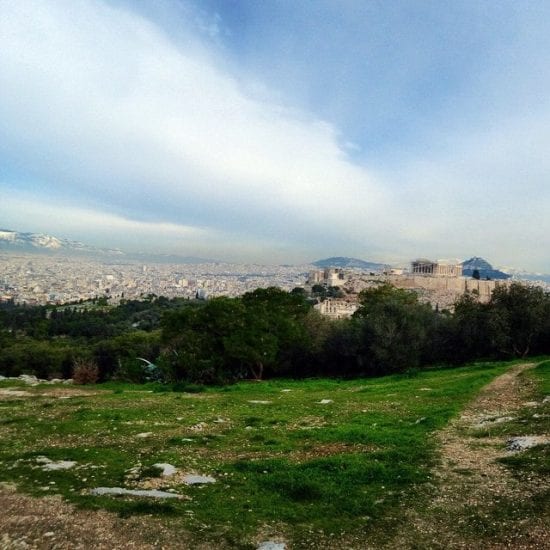 Do you have a question about this tour? 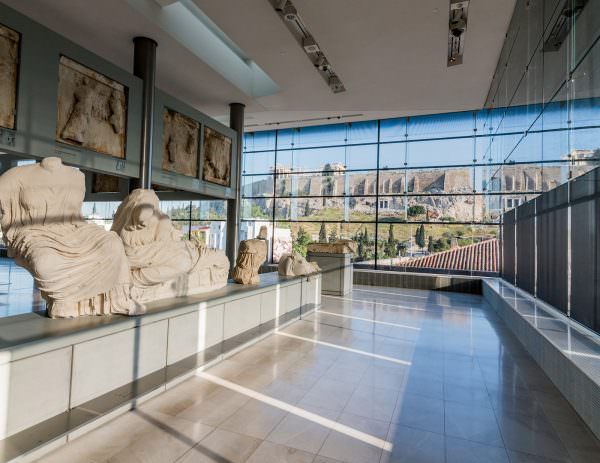 Explore the Acropolis Monuments on a private or group version tour. Visit the state of the art Acropolis…
4 hours
From 50€ 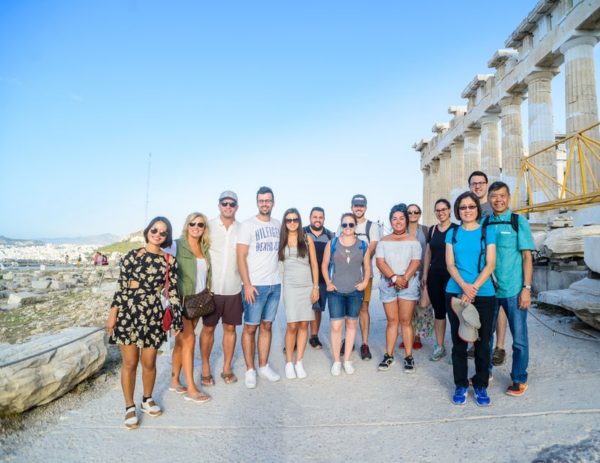 See the landmark monuments of Athens in a new light during a late afternoon tour of the Acropolis,…
2 hours
From 30€ 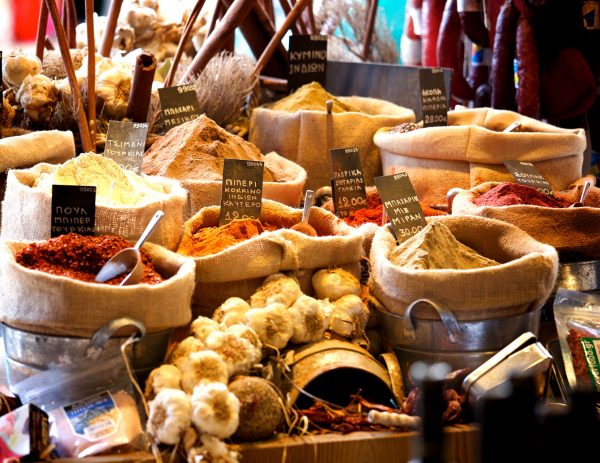 Indulge your inner foodie on this 4-hour gourmet tasting tour and sample the edible delights of Athens. Take…
4hours
From 60€ 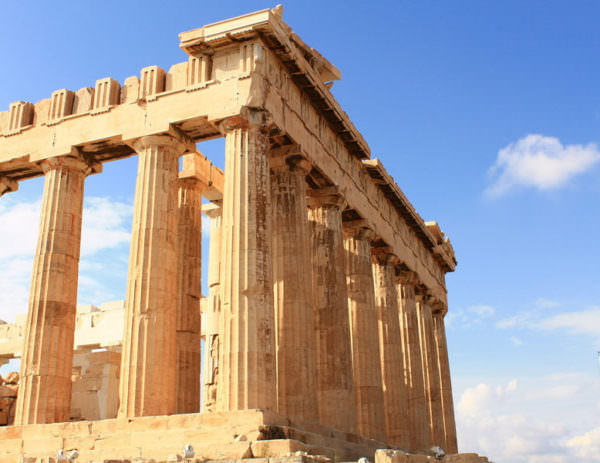 This 2-hour walking tour includes highlights such as the Parthenon, the Theater of Dionysus, and the Odeon. For…
2 hours
From 30€ 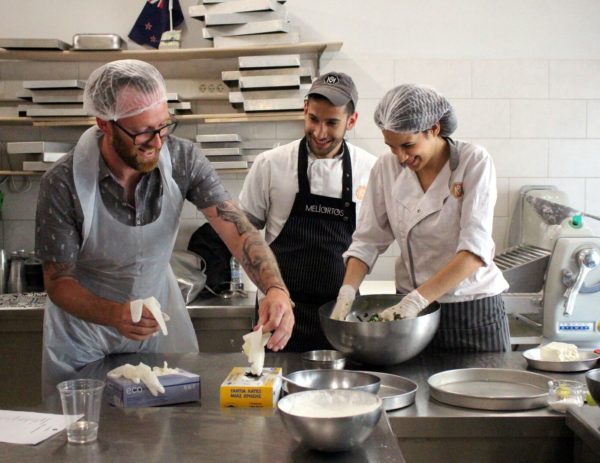 Be caught how to make real Greek food and enjoy dinner with a view on this 3.5-hour cooking…
3.5 hours
From 80€ 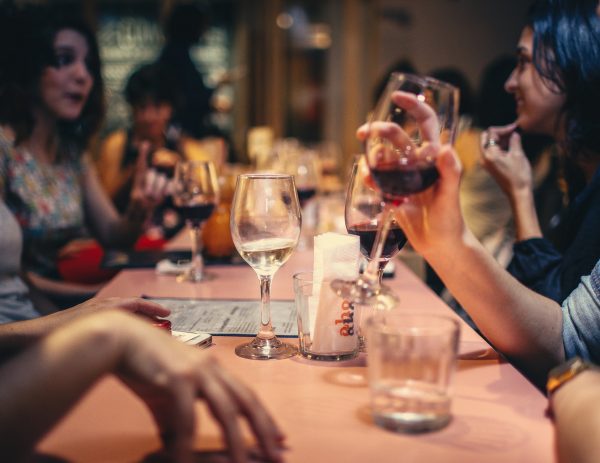 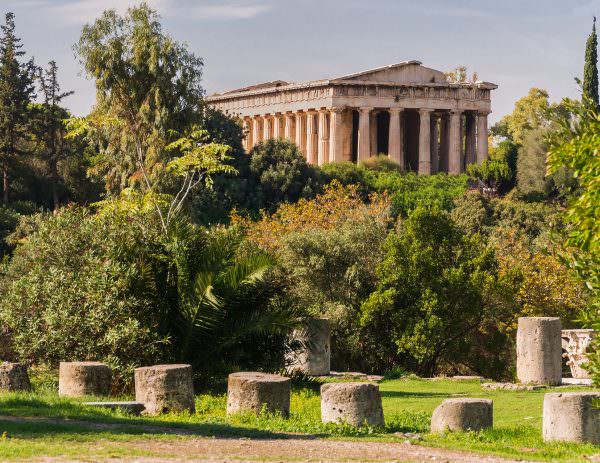 This 4-hour walking tour includes highlights such as the Parthenon, the Theater of Dionysus, and the Odeon. For…
2 hours
From 50€ 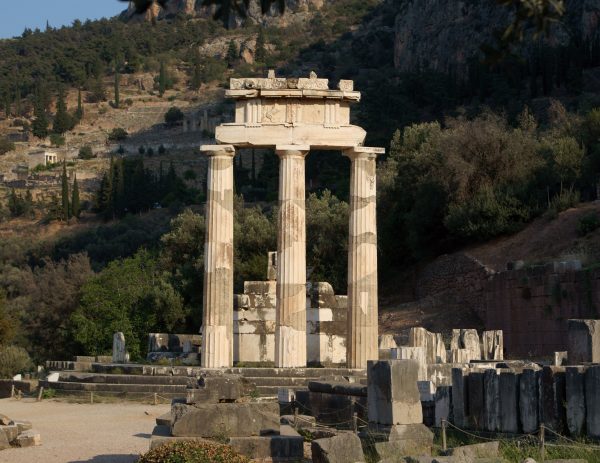 Book this customized, private full-day Delphi tour and explore the World Heritage Site with a guide.
Full day
From 150€
WhatsApp us